For the Southern Beaches Community Garden, February 28th would be the big day.

An auspicious coming together of garden members, neighbours, McPherson MP Karen Andrews and the owner of Brisbane based Worms Downunder, Jen Symmons.

The day would see the delivery of the SBCG’s new baby; a Double Grande Worm Habitat from Worms Downunder based in Chandler.

Compliments of MP Karen Andrews’ Communities Environment Grant, once set up and fully operational, the Double Grande Worm Farm Habitat will be ready to handle upwards of 40 litres of green waste per day.

In doing so, the Double Grande will help remove approximately 3 tonnes of biodegradable waste from landfill per

All while creating soil enriching worm castings considered by many to be some of the best all-natural fertiliser found anywhere.

Yes, the excitement and anticipation was real.

Real enough to create an adrenaline fuelled, engineering inspired epiphany of sorts. One that would see the garden’s new 200 kilo worm farm put on three rollers and pushed and navigated through tight quarters the last 25 metres…

Eventually into position at its permanent home beside the SBCG propagation tunnel located in front of the garden clubhouse.

And it’d be there where, five hours later, the Worms Downunder owner would take the helm by giving various garden members, along with an inquisitive Karen Andrews herself, an in-depth tour and description of the community garden’s newest attraction.

It would take a bit of imagination on everyone’s part. This, because the process of properly setting up and wetting

down the habitat’s straw and coco peat’s bedding requires that the worms be delivered at a later date.

But even so, the combination of the habitat’s various moving parts coupled with Jen’s thoroughly informative talk on vermiculture painted a picture that kept everyone fascinated.

All of which proved the perfect segue for a private garden tour for the MP and her assistants compliments of SBCG President Marian Evans.

A tour which, once complete, would see the MP’s party departing with a couple potted plants as mementos of their time at the SBCG.

And the SBCG with rewarding memories of their own.

And more importantly, with the inclination to get their Double Grande Worm Habitat running at maximum capacity as quickly and effectively as possible. 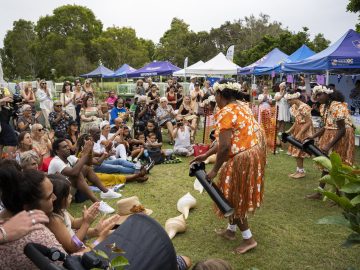 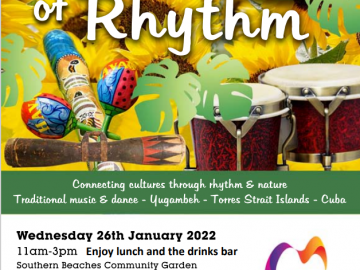